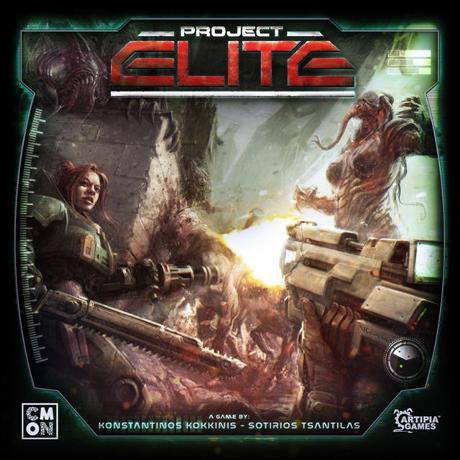 In Project: ELITE, players are members of the ELITE squad on a mission to stop the invading forces of an alien empire. Stopping the invasion requires players to speedily roll dice as they take part in real-time, two-minute combat rounds against waves of terrifying enemies. Once the ELITE members take their turn, the aliens react. The game continues in this fast-yet-tactical series of rounds until the scenario is won or the aliens take the Earth.