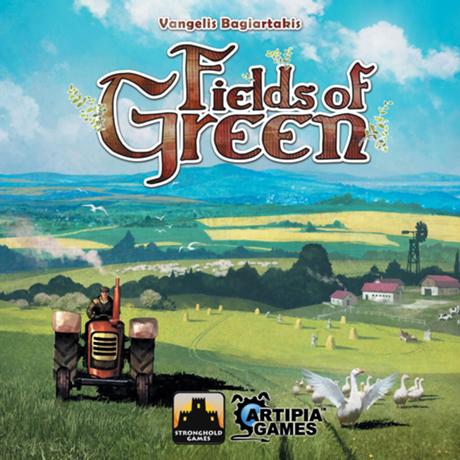 Fields of Green takes place in the second half of the 20th century. Players take the role of farm owners trying to expand their property and business. By adding fields, livestock and facilities, they build an economic engine that will bring them closer to victory.

Fields of Green, inspired by Among the Stars, is played over four rounds (years) during which players draft cards and add them to their ever-expanding farms. At the end of each year comes the harvest season when they must water their fields, feed their livestock, and pay maintenance costs in order to receive valuable resources that will allow them to further expand in the next year.

Through various means, player eventually convert their wealth to victory points, and the player who gathers the most by the end of the fourth year wins.